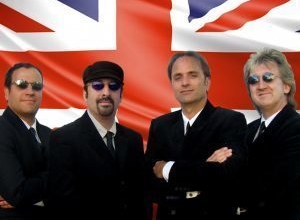 On Fri., Sept. 22, a dinner and show featuring The British Invasion Years band will be presented by the Kenilworth Historical Society from 6 p.m.-11 p.m. at the Kenilworth Veterans Center (33 S. 21 Street). The exciting, fun-filled evening will include a live performance of favorite music from the British Invasion musical movement of the 1960s followed by popular songs that constituted America’s musical response to the movement.

The event will feature a spectacular live two-hour show by “The British Invasion Years” band (www.britishinvasionyears.com), which has toured extensively, winning acclaim and sharing the stage with such legendary recording artists as The Beach Boys, Ringo Starr, Herman’s Hermits and many others. The band is renowned for taking audiences on a nostalgic journey through the 1960s with an engaging three-part performance that begins with the British Invasion movement: classic songs by such iconic British rock-and-roll groups as The Animals, The Rolling Stones, The Zombies, The Kinks, The Moody Blues, The Dave Clark Five, Herman’s Hermits, The Who and others; continues with the American musical response: memorable hits by such celebrated artists as The Monkees, The Turtles, Jefferson Airplane, Tommy James and the Shondells, The Doors and others; and concludes with a fabulous musical tribute to The Beatles.

Admission to the dinner and show is $60. Advance reservations (by September 8) are requested. The event seating plan accommodates eight to ten people per table. Early reservations are encouraged to ensure availability and avoid disappointment. For reservations/tickets, please call 908-709-0434, 908-709-0391 or visit Especially Yours Florist (13 North 20th Street, Kenilworth), where tickets for the event also are being sold.

Proceeds from the event will benefit the Kenilworth Historical Society’s Oswald J. Nitschke House (c. 1880) “living history” museum and cultural arts center by helping defray the cost of an elevator that makes all levels of the recently restored site fully accessible to everyone. 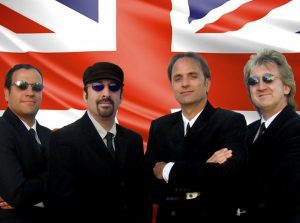